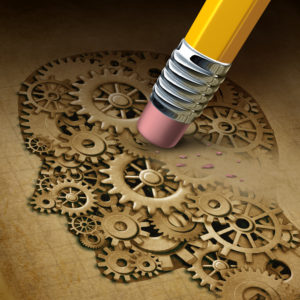 Ok…..at the risk of offending some of you, I need to be very open and let you know that when it comes to health care, things are not always as they appear on the surface. My purpose, as always, is to keep you informed.

How many of you have thought differently about your health recently? I compare this new thinking to a wave: It has been growing in size and momentum and at this point it simply cannot be stopped. It is like a Tsunami! Let’s look at the signs of this new thinking:

Pharmaceutical companies are now placing ads for prescription drugs in general public magazines, lots of them, and for many years, with the hope that a patient will try to convince their doctor to prescribe that particular drug. And it’s working! The difficult reality is that many physicians do what patients ask fearing the patient will find another doctor who will give them what they want and they will lose a patient and income. Patients are tough, they are well-read, know what they want and how to get it. Do you think this is healthcare?

You many not know this but many drug companies are actually rewarding physicians for prescribing their drugs-some refer to this as legal “drug trafficking”. Many physicians are treated to expensive gifts, and trips for prescribing certain drugs. An article that appeared in the New England Journal of Medicine stated that the pharmaceutical industry spends approximately $12 billion annually on gifts and payments to physicians if they meet certain drug quotas!

Is this health care…I don’t think so!

NASCAR even had a tem Tylenol for 10 years! Big Pharma is moving in and replacing Big Tobacco as a sponsor in sports. The object here is to become a household name and synonymous with Health, grandma and apple pie, I have some difficulty with this concept: Tylenol, a common pain killer, being marketed as synonymous with good health and clean living. I am not saying it is not an effective drug. No. I am saying that it does not promote good health and healthy values- much to the dismay of the company that makes it.

Physicians group together is another sign. Lessening patient loads, higher overhead, more insurance, and government red tape are turning doctors into administrators fighting for survival in the marketplace.

Have you noticed how many private practices have been “bought up” by the larger, hospital-run clinics. And it doesn’t seem to end, they build new, massive urgent care centers, cancer centers, hospitals and as soon as doors are open it is FULL…where are all the sick people coming from?